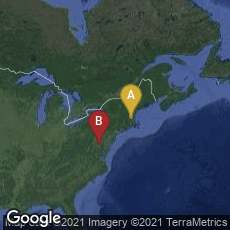 Inforonics Develops One of the First Data Publishing and Retrieval Systems Inforonics, founded in 1962 by MIT graduate Lawrence F. Buckland in Littleton, Massachusetts, developed and maintained "one of the first data publishing and retrieval systems used by organizations such as the U.S. Library of Congress and the Boston Public Library."

In November 1964 and January 1965 Lawrence F. Buckland of Inforonics in Maynard, Massachusetts developed a plan for the Library of Congress to record its cataloguing data in machine-readable form so that the cards could be printed automatically. At the time printing and distributing L C cataloguing cards to libraries in the US and around the world was one of the major tasks of the Library of Congress.

Lawrence F. Buckland, The Recording of Library of Congress bibliographical Data in Machine Form. A Report Prepared for the Council of Library Resources, inc. Washington: Council on Library Sources, 1965.