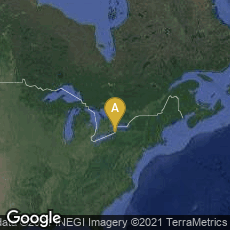 Image Source: patents.google.com
Drawing of and electrical schematic of the first self-contained, internally powered, implantable pacemaker from the original patent.

In 1960 Anerican electrical engineer Wilson Greatbatch and American physicians William Chardack and Andrew Gage of the University at Buffalo reported the success of the first successful long-term implant in a human patient of a self-contained, internally powered artificial pacemaker in their paper entitled A Transistorized, Self-contained, Implantable Pacemaker for the Long-term Correction of Complete Heart Block. (U. S. patent no. 3,057,356).

Fifty-three years later, on December 9, 2013 doctors in Austria performed the first experimental implantation of what was then the smallest pacemaker in the world. The device. produced by Medtronic, was 24 millimeters long and 0.75 cubic centimeters in volume—a tenth the size of a conventional pacemaker. The Micra Transcatheter Pacing System (TPS) was delivered to the inside of the heart via the femoral vein where it grabbed onto endocardial tissue and provided pacing signals through its electrode tip.