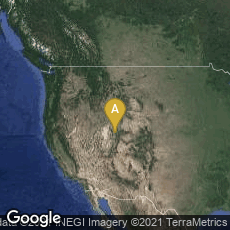 Presumably not the original head mounted Evans & Sutherland display since this one does not look it it needs to be suspended from the ceiling.

In 1968 Ivan Sutherland at the University of Utah, with the help of his student Bob Sproull, created the first Virtual Reality (VR) and Augmented Reality (AR) head mounted display system.

Sutherland's head mounted display was so heavy that it had to be suspended from the ceiling, and the formidable appearance of the device inspired its name—the Sword of Damocles. The system was primitive both in terms of user interface and realism, and the graphics comprising the virtual environment were simple wireframe rooms.