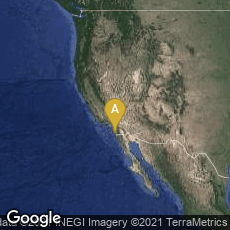 In 1972 Marianne McDonald, a graduate student in classics at the University of California, San Diego, proposed and initially funded the Thesaurus Linguae Graecae, a digital library of Greek literature. This was one of the first digital libraries. Within 30 years the project was fully realized:

"The TLG® Digital Library now contains virtually all Greek texts surviving from the period between Homer (8th century B.C.) and A.D. 600 and the majority of surviving works up the fall of Byzantium in A.D. 1453. The center continues its efforts to include all extant Greek texts from the byzantine and post-byzantine period. TLG® texts have been disseminated in CD ROM format since 1985 and are now available online."

The History of the the Thesaurus Linguae Graecae

"The Project was officially established on October 30, 1972, the date of the first TLG Planning Conference. Classicists from Europe and the US were invited to attend and offer advice on a number of questions such as the chronological scope of the project, the selection of appropriate text editions, policies to be followed regarding digitization, and so on. The exact scope of the project had not been defined until then. It was described as "a lexicographical work which will collect, sort, and identify every single word extant in ancient Greek literary and non-literary documents."

"Theodore F. Brunner, chair of Classics at the time, was named first TLG Director, a position he held for almost 25 years. Marianne McDonald, whose generous gift of $1-million made this ambitious undertaking possible, insisted on anonymity until her graduation from the University of California and attended the conference as a member of the Classics department. Her role and contributions became known later and were honored by the American Philological Association (now Society for Classical Studies) which awarded her the Distinguished Service Award in 1999. She has remained associated with the Project throughout its history as a member of the TLG Advisory Board.

"The 1972 Conference established many of the principles that governed the project for years to come. For example, it was decided that the TLG would not be a lexicon, as the name 'thesaurus' might indicate, but a collection of texts ('databank') from Homer to 200 A.D. (an arbitrary cut-off date that was later modified), that it would not contain epigraphical and papyrological works, and that it would not include the critical apparatus of the texts.

"The challenge of this huge undertaking was originally met with the help of several classicists and technology experts, but primarily thanks to the efforts of David W. Packard who created the Ibycus system, namely the hardware and software originally used to correct the digitized texts and to search the TLG corpus. Packard also developed the first character and formatting encoding convention for Greek, called Alpha Code, which he later modified to what is known as Beta Code. Beta Code assigns an ASCII position to each of the twenty-four Greek letters. Diacritics are indicated by non-alphabetic characters following the accented vowel. Beta Code remains to this day the most practical way to encode polytonic Greek data. TLG digitization has always been done via double-keyboarding, in Korea, the Phillipines, and more recently in China. Even today, the texts are shipped to China where typists, ignorant of Greek or English, enter the Greek characters in Beta Code which is converted into Unicode or other types of Greek fonts" (http://stephanus.tlg.uci.edu/history.php).