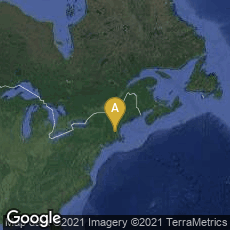 David Wooley's "Plato Notes" are the Origins of Groupware, and "Lotus Notes" Image Source: just.thinkofit.com
Opening screen of Plato Notes as it appeared about 1976

The chief inspiration for "Notes" was PLATO Notes, created by David R. Woolley at the University of Illinois in 1973. PLATO Notes was a message board that was part of PLATO system supporting a thriving online community for more than twenty years. Ray Ozzie worked with PLATO while attending the University of Illinois in the 1970s. When PC network technology began to emerge, Ozzie made a deal with Mitch Kapor, founder of Lotus, that resulted in the formation of Iris Associates to develop products that would combine the capabilities of PCs with the collaborative tools pioneered in PLATO. The agreement put control of product development under Ozzie and Iris, and sales and marketing under Lotus. Lotus Notes, as the product was called, was the first commercial network-based communications and collaboration, or groupware, product. In 1994, after the release and marketplace success of Notes R3, Lotus purchased Iris. In 1995 IBM purchased Lotus.

In 2004, nearing the 20th anniversary of the founding of Iris Associates, IBM reported that Notes had over 110 million users.