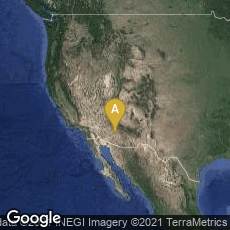 Screenshot of the actual "Green Card Spam" as it would have appeared on the screen of recipients. From Google Groups. The complete path in the top line is truncated.

Commercial spamming started when a pair of immigation lawyers from Phoenix, Arizona—Laurence Canter and Martha Siegel—used bulk Usenet postings to advertise immigration law services on April 12, 1994. This was called the "Green Card spam", after the subject line of the postings: "Green Card Lottery-Final One?"

"Canter and Siegel sent their advertisement, with the subject 'Green Card Lottery - Final One?', to at least 5,500 Usenet discussion groups, a huge number at the time. Rather than cross-posting a single copy of the message to multiple groups, so a reader would only see it once (considered a common courtesy when posting the same message to more than one group), they posted it as separate postings in each newsgroup, so a reader would see it in each group they read. Their internet service provider, Internet Direct, received so many complaints that its mail servers crashed repeatedly for the next two days; it promptly terminated their service. Despite the ire directed at the two lawyers, they posted another advertisement to 1,000 newsgroups in June 1994. This time, Arnt Gulbrandsen put together the first software "cancelbot" to trawl Usenet and kill their messages within minutes. The couple claimed in a December 1994 interview to have gained 1,000 new clients and 'made $100,000 off an ad that cost them only pennies' " (Wikipedia article on Lawrence Cantor and Martha Siegel, accessed 03-17-2012).