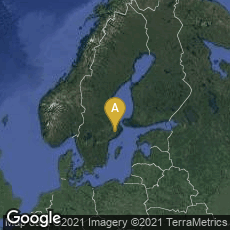 "The idea for Kulturarw3 (the 3rd in the name symbolizes three w) came from Frans Lettenström who in 1995 was employed at the Royal Library as IT coordinator for all of Sweden's research libraries . In the same year, he came up with the idea that all Swedish websites would be collected and downloaded. The argument for this was that KB already collected all printed material and Lettenström saw no difference between digital and printed material. He took the lead with him at the Royal Library and Kulturarw3 was born. Sweden then became the first in the world to collect all websites, although a similar project existed in the US Internet Archive. The Kulturarw3 project took off seriously in 1997 and since then all of Sweden's websites are scanned twice a year and saved for the afterlife. [ 1 ] [ 2 ]

"KB has been collecting and preserving printed publications since the 17th century. Nowadays, a lot of information is published only digitally and in order to take care of that information, KB also collects Swedish web pages. The purpose of the collection is to show today's web publishing and to enable future generations to research. The top domains KB collects from include, among others, .se , .nu , .com and .org . The collection takes place about one to two times a year. Collection of mass media sites takes place up to once a day. In 2014, there were just over 5 billion objects, corresponding to approximately 350 TB of data, in the collection. At present, the collection may only be displayed inside the walls of the Royal Library and used for research. [1 ] [ 2 ]

"In 2010, the collection had to take a temporary break because of high costs and legislation regarding personal privacy. It was believed that the archiving technology did not catch up with digital development. Then an agreement was reached with the Internet Archive , which agreed to do a "sweep" during the year with a robot that saves all Swedish websites. However, much material was lost. [ 3 ](Wikipedia article on Kulturarw3, accessed 8-2019)