Image Source: aminotes.tumblr.com
Here is a different kind of screenshot of From Cave Paintings to the Internet reproducing part of the beginning of one of the many versions of my commentary on the site. Date of this is unclear.

Image Source: www.freetech4teachers.com
This is a low resolution screenshot of how the prior database version of this website looked in 2013. 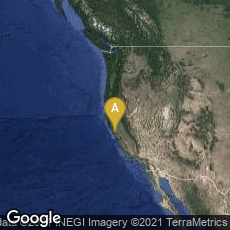 Conversion of the Original List Format of this Timeline to a Database is Complete. Beginning of "From Cave-Paintings to the Internet" Image Source: www.yumpu.com
Here is a higher resolution screenshot of what must have been a preliminary database version that I had completely forgotten about. Note the date in the upper right corner: 10/03/10.

The conversion of the old format of the From Gutenberg to the Internet Timeline, begun in 2005, to an interactive database format, was complete on October 24, 2008. Reflecting its coverage of the history of information since the beginning of records, I renamed the it From Cave-Paintings to the Internet.

By the end of the conversion there were 1535 timeline entries, nearly all of which had one or more hyperlinks to reference sources. There were also more than sixty themes by which the timeline could be searched. Timeline items were indexed by up to six themes.

In the process of converting from the old list format to the new interactive database I checked all hyperlinks, corrected mistakes, added new hyperlinks, and added a numerous new entries.

The database remained a work in progress.

Prior to September 2020 I never spent any time looking around the web to see how the database was being used. Conveniently I was able to find a screenshot of how the site appeared in 2013 on Richard Byrne's Free Technology for Teachers website.