Image Source: www.barnebys.com
Super Mario Bros. game cartridge rated 9.4 on the condition scale that sold for $100,150 at auction in 2019. 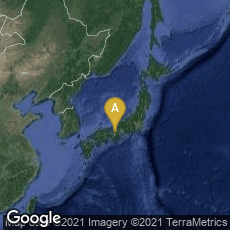 In 1985 Nintendo, Kyoto, Japan, introduced the Nintendo Entertainment System, and 8-bit game console. It was accompanied by Super Mario Bros., the best-selling video game as of 2008 with 40,000,000 copies sold.

On February 6, 2019 an extremely rare Super Mario Bros. game cartridge sold for $100,150 at auction, establishing a price record for a game cartridge, according to 01net.

"The colossal amount is primarily explained by the rating given to the game by the company Wata Games, a strong reference for those with expertise on video games. The game, in an astonishing state of conservation, was awarded a score of 9.4 out of 10.

Two of them were distributed only in New York and Los Angeles, in order to test the market. The distinctive sign of these two variants is a small sticker to seal the box. The lot sold at auction was the last remaining copy of the two test versions known to date" (https://www.barnebys.com/blog/the-little-italian-plumber-raises-prices-and-heads-nintendo, accessed 1-2021).

On April 2, 2021 a completely unopened copy of the original game cartridge in its original shrinkwrap sold for $660,000 at Heritage Auctions, according to an article published in The New York Times on April 3, 2021. Notably, the overall condition of this cartridge was rated somewhat less than the example sold in February 2019, based on the number 8.0 for the 2021 example versus 9.4 for the 2019 example.

Super Mario 64 was the first Mario game to feature three-dimensional environments. The copy of Super Mario 64 that achieved the auction record received a rating of 9.8 or A++ on the Wata Scale.