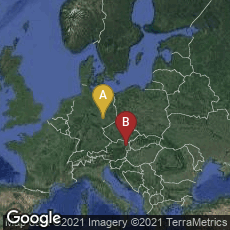 Freud's Die Traumdeutung, "the Last Great Original Work in Science to be Published First as a Monograph Rather than in a Scientific Journal" Austrian physician and psychoanalyst Sigmund Freud issued Die Traumdeutung through the publisher Franz Deuticke in Leipzig and Vienna. This work on The Interpretation of Dreams has been called the last great original work in science or medicine to appear first as a monograph rather than as an article or series of articles published in scientific or medical journals.

The volume is dated 1900 on the title page but Freud's presentation copy to his close friend Wilhelm Fleiss bears the date 24 October 1899 on the title page. "In a letter to Fliess dated 27 October 1899 Freud thanked Fliess for his 'kind words in response to my sending you the dream book,' and noted that 'it has not yet been issued; only our two copies have so far seen the light of day.'