Transcription of the Cyrus Cylinder from H. C. Rawlinson & T. G. Pinches, A Selection from the Miscellaneous inscriptions of Assyria and Babylonia, Vol. 5 (1905) 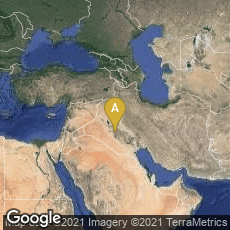 Image Source: upload.wikimedia.org
Front view of a barrel-shaped clay cylinder resting on a stand. The cylinder is covered with lines of cuneiform text. British Museum.

In 539 BEC, after conquering Babylonia, Cyrus II of Persia (Cyrus the Great) permitted various religious groups, including perhaps 40,000 Jews, to return to their native land. Cyrus also issued a declaration inscribed in Akkadian cuneiform on a clay cylinder. The cylinder, which has become known as the Cyrus Cylinder, was discovered in March, 1879 in the foundation of the Ésagila temple in Babylon by the Assyrian Christian Assyriologist and archaeologist Hormuzd Rassam.

"The Assyro-British archaeologist Hormuzd Rassam discovered the Cyrus Cylinder in March 1879 during a lengthy programme of excavations in Mesopotamia carried out for the British Museum. It had been placed as a foundation deposit in the foundations of the Ésagila, the city's main temple. Rassam's expedition followed on from an earlier dig carried out in 1850 by the British archaeologist Austen Henry Layard, who excavated three mounds in the same area but found little of importance. In 1877, Layard became Britain's ambassador to the Ottoman Empire, which ruled Mesopotamia at the time. He helped Rassam, who had been his assistant in the 1850 dig, to obtain a firman (decree) from the Ottoman Sultan Abdul Hamid II to continue the earlier excavations. The firman was only valid for a year but a second firman, with much more liberal terms, was issued in 1878. It was granted for two years (through to 15 October 1880) with the promise of an extension to 1882 if required. The Sultan's decree authorised Rassam to "pack and dispatch to England any antiquities [he] found ... provided, however, there were no duplicates." A representative of the Sultan was instructed to be present at the dig to examine the objects as they were uncovered.

With permission secured, Rassam initiated a large-scale excavation at Babylon and other sites on behalf of the Trustees of the British Museum. He undertook the excavations in four distinct phases. In between each phase, he returned to England to bring back his finds and raise more funds for further work. The Cyrus Cylinder was found on the second of his four expeditions to Mesopotamia, which began with his departure from London on 8 October 1878. He arrived in his home town of Mosul on 16 November and travelled down the Tigris to Baghdad, which he reached on 30 January 1879. During February and March, he supervised excavations on a number of Babylonian sites, including Babylon itself" (Wikipedia article on Cyrus Cylinder, accessed 03-08-2014).

On the cylinder Cyrus announced a number of reforms that he made after conquering the country. These include arranging for the restoration of temples and organizing the return to their homelands of a number of people who had been held in Babylonia by the Babylonian kings. For these reasons the Cyrus Cylinder has been called the earliest known document in the history of religious toleration. It is preserved in the British Museum. (BM 90920).