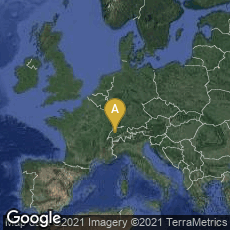 The Berne Convention for the Protection of Literary and Artistic Works Image Source: en.wikipedia.org
Map of Countries that were signatories to the Berne Convention.

The Berne Convention for the Protection of Literary and Artistic Works, an international agreement governing copyright, was ratified in Berne, Switzerland on September 9, 1886.

"The Berne Convention was developed at the instigation of Victor Hugo of the Association Littéraire et Artistique Internationale. Thus it was influenced by the French "right of the author" (droit d'auteur), which contrasts with the Anglo-Saxon concept of "copyright" which only dealt with economic concerns. Under the Convention, copyrights for creative works are automatically in force upon their creation without being asserted or declared. An author need not "register" or "apply for" a copyright in countries adhering to the Convention. As soon as a work is "fixed", that is, written or recorded on some physical medium, its author is automatically entitled to all copyrights in the work and to any derivative works, unless and until the author explicitly disclaims them or until the copyright expires. Foreign authors are given the same rights and privileges to copyrighted material as domestic authors in any country that signed the Convention."