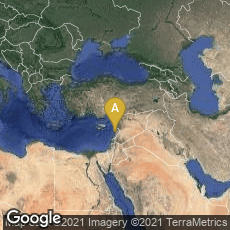 The Word Bibliography is Derived from a Greek Word for Papyrus 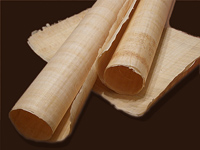 The pith of the papyrus plant was used in Egypt at least as far back as the First dynasty, for boats, mattresses, mats and as a writing surface. The Egyptian word papyrus, meaning "that of the king," may indicate a Pharonic monopoly in the period.

"The English word papyrus derives, via Latin, from Greek πάπυρος papyros. Greek has a second word for papyrus, βύβλος byblos (said to derive from the name of the Phoenician city of Byblos). The Greek writer Theophrastus, who flourished during the 4th century BC, uses papuros when referring to the plant used as a foodstuff and bublos for the same plant when used for non-food products, such as cordage, basketry, or a writing surface. The more specific term βίβλος biblos, which finds its way into English in such words as bibliography, bibliophile, and bible, refers to the inner bark of the papyrus plant. Papyrus is also the etymon of paper, a similar substance" (Wikipedia article on Papyrus, accessed 01-03-2010).