The original homepage for Thefacebook 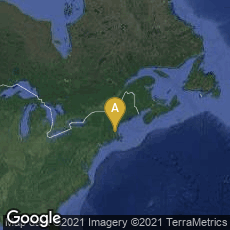 On February 4, 2004, while a student at Harvard, Mark Zuckerberg founded Thefacebook.com.

The name of the site was later simplified to Facebook. Membership was initially limited to Harvard students. but then expanded to other colleges in the Ivy League. Facebook expanded further to include any university student, then high school students, and, finally, to anyone aged 13 and over.

♦ In August 2013, after Facebook had over one billion users, a timeline entitled The Evolution of Facebook was available from The New York Times.

In 2020 A History of Facebook was available from the Wikipedia at this link.