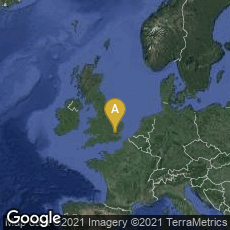 Charles Kao Proposes Optical Fibers as a Medium for Communication In 1965 Chinese-British-American electrical engineer and physicist Charles K. Kao of STC's Standard Telecommunications Laboratories in Harlow, Essex, England, and George A. Hockham promoted the idea that the attenuation in optical fibers could be reduced below 20 dB per kilometer, allowing fibers to be a practical medium for communication. Kao and Hockham proposed that the attenuation in fibers available at the time was caused by revovable impurities rather than by fundamental physical effects such as scattering. Eventually fiber optic communication became the technology enabling the Internet backbone.

In 2009 Charles Kao received half of the Nobel Prize in Physics "for groundbreaking achievements concerning the transmission of light in fibers for optical communication." A more detailed account of Kao's work, placing it in historical perspective, was prepared by the Nobel Prize Committee and is available from the Nobel Prize website at this link.