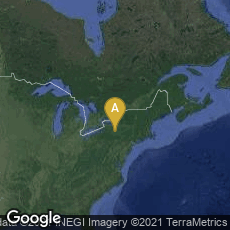 After physicist Charles K. Kao promoted the idea that attenuation in optical fibers was caused by removable impurities rather than optical scattering, and that attentuation could be reduced below 20 dB per kilometer, allowing fibers to be a practical medium for communication, members of the British Post Office came to Corning Glass Works seeking assistance in creating pure glass fiber optics. Their design required a single-mode fiber (100 micron diameter with a 0.75 micron core) having a total attenuation of about 20 dB/km. At the time, the very best bulk optical glass had attenuation of approximately 1,000 dB/km. This meant that Corning’s scientists had to produce an improvement in transparency of 1,098 in order to reach the goal of 20 dB/km.

In August 1970 industrial physicists at Corning, Robert D. Maurer, Peter C. Schultz, and Donald B. Keck, obtained the crucial attenuation level of 20 dB required for optical fiber telecommunications. Dr. Keck, who was in charge of measurement, first recorded this achievement in his laboratory notebook. The group demonstrated a fiber with 17 dB optic attenuation per kilometer by doping silica glass with titanium. In June 1972 the team produced a fiber with only 4 dB/km using germanium dioxide as the core dopant. Such low attenuations improved optical fiber telecommunications and enabled the Internet.

Charles Kao Proposes Optical Fibers as a Medium for Communication