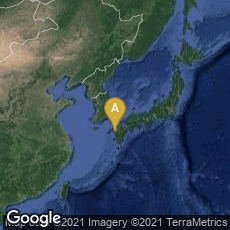 The Japanese favored woodblock printing as a way to reproduce their semi-cursive writing. Printing from woodblocks in East Asia remained an unmechanized, laborious process, in which printing was done on only one side of the paper because of the need to rub the back of the paper with a hand tool. This would have tended to spoil the other side of the paper, and the water-based inks used tended to soak through the paper. Unlike Western printing which had used oil-based inks since Gutenberg's original invention of printing ink, only water-based inks were used in Asia.

The first western style printing presses were introduced in Korea over 30 years later, in 1881-83.