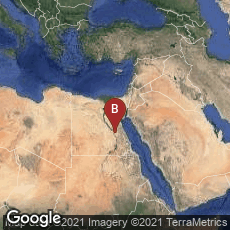 The Ebers Papyrus, the Most Extensive Record of Ancient Egyptian Medicine 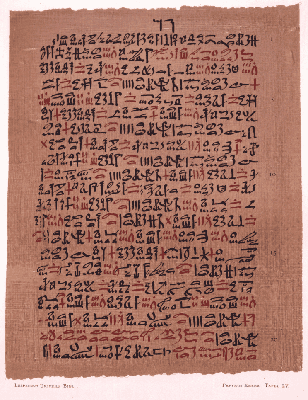 Written in Hieratic, the 110 page Papyrus Ebers is the most extensive surviving record of ancient Egyptian medicine.  "It contains many incantations meant to turn away disease-causing demons and there is also evidence of a long tradition of empirical practice and observation.

"The papyrus contains a treatise on the heart. It notes that the heart is the center of the blood supply, with vessels attached for every member of the body. The Egyptians seem to have known little about the kidneys and made the heart the meeting point of a number of vessels which carried all the fluids of the body — blood, tears, urine and sperm.

"Mental disorders are detailed in a chapter of the papyrus called the Book of Hearts. Disorders such as depression and dementia are covered. The descriptions of these disorders suggest that Egyptians conceived of mental and physical diseases in much the same way.

"The papyrus contains chapters on contraception, diagnosis of pregnancy and other gynaecological matters, intestinal disease and parasites, eye and skin problems, dentistry and the surgical treatment of abscesses and tumors, bone-setting and burns."

Edwin Smith, who also owned the Edwin Smith Papyrus, bought the Ebers Papyrus in 1862. It was said to have been found between the legs of a mummy in the Assassif district of the Theban necropolis. It remained in Smith's collection until at least 1869 when it was offered for sale in the catalog of an antiquities dealer, described as "a large medical papyrus in the possession of Edwin Smith, an American farmer of Luxor." It was purchased in 1872 by the German Egyptologist and novelist Georg Ebers, and is preserved in the University of Leipzig Library.