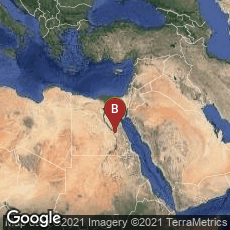 The Rhind Mathematical Papyrus: “Accurate Reckoning for Inquiring into Things...." Dating from the Second Intermediate Period of Egypt, the Rhind Mathematial Papyrus is the most significant document of Egyptian mathematics. It was copied by the scribe Ahmes from a now-lost text from the reign of Amenemhat III (12th dynasty). The manuscript  is 33 cm tall and over 5 meters long, and is written in hieratic script. It is dated  Year 33 of the Hyksos king Apophis and also contains a separate later Year 11 on its verso likely from his successor, Khamudi.

"In the opening paragraphs of the papyrus, Ahmes presents the papyrus as giving 'Accurate reckoning for inquiring into things, and the knowledge of all things, mysteries...all secrets'."

Alexander Henry Rhind, a Scottish antiquarian, purchased the papyrus in 1858 in Luxor, Egypt.  It was apparently found during illegal excavations in or near the Ramesseum. The British Museum acquired it in 1864 along with the Egyptian Mathematical Leather Roll, also owned by Rhind.