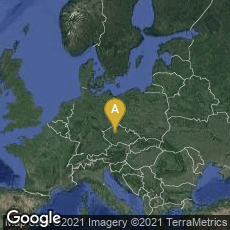 In 1842 Austrian mathematician and physicist at Czech Technical University in Prague Christian Andreas Doppler published Über das farbige Licht der Doppelsterne und einige andere Gestirne des Himmels. (On the Colored Light of the Binary Stars and Some Other Stars of the Heavens).

This was the first statement of the Doppler principle (Doppler shift, Doppler effect), which states that the observed frequency changes if either the observer or the source is moving. Doppler mentions the application of this principle to both acoustics and optics, particularly to the colored appearance of double stars and the fluctuations of variable stars and novae; however, his reasoning in the optical arguments was flawed by his erroneous belief that all stars were basically white and emitted light only or mostly in the visible spectrum. Five years later, the astronomer Hippolyte Fizeau published a paper announcing his independent discovery of the effect, noting the usefulness of observing spectral line shifts in its application to astronomy. This point was of such fundamental importance to Doppler's principle that it is sometimes called the Doppler-Fizeau principle. The acoustical Doppler effect was verified experimentally in 1845, and the optical effect in 1901. Modified by relativity theory, it became one of the major tools of astronomy. It also has numerous commerical applications beyond astronomy, such as in Doppler radar and in Doppler ultrasound imaging to evaluate blood flow.