Title page of version 8 of dnd running on a PLATO emulator in 2006. 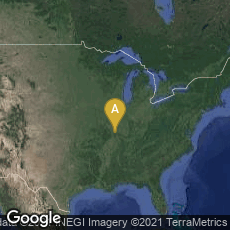 The First Role-Playing Game: Dungeons & Dragons, and its Computerized Version

From 1974 to 1975 Gary Whisenhunt and Ray Wood at Southern Illinois University, Carbondale, wrote the first role-playing video game in the TUTOR programming language for the PLATO system. It was called Dungeons & Dragons (dnd). The name dnd was derived from the abbreviation "D&D" from the original tabletop role-playing game Dungeons & Dragons, which was released in 1974.

"The original Dungeons & Dragons boxed set was the first role-playing game, a fantasy system with a medieval European flavor.[1] This set introduced concepts which would become standard, including abilities (such as strength, intelligence, and dexterity); character classes (fighting-man, magic-user, cleric) and levels; races (human, dwarf, elf, halfling); armor class; monsters and treasure; subterranean dungeons of halls, rooms, and doors replete with tricks and traps; and magic items, such as intelligent swords.[1] The set also includes rules for wilderness travel by land and sea, hiring specialists and men-at-arms, building fortifications and setting up baronies.[1] Movement rates and areas are given in inches, like that of the miniatures rules from which the system descended.[1]