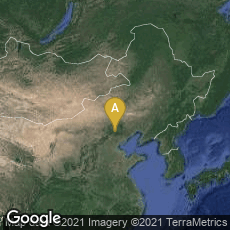 Writing on Bamboo and Silk in Ancient China In China until the end of the Zhou (Chou) Dynasty (256 BCE), through China’s classical period, writing was done with a bamboo pen, with ink of soot, or lampblack upon slips of bamboo or wood, with wood being used mainly for short messages and bamboo for longer messages and for books.

“Bamboo is cut into strips about 9 inches long and wide enough for a single column of characters. The wood was sometimes in the same form, sometimes wider. The bamboo strips, being stronger, could be perforated at one end and strung together, either with silken cords or with leather thongs, to form books. . .

“The invention of the writing brush of hair, attributed to the general Meng T’ien [Meng Tian] in the third century B.C., worked a transformation in writing materials. This transformation is indicated by two changes in the language. The word for chapter used after this time means ’roll’; the word for writing materials becomes ’bamboo and silk’ instead of ’bamboo and wood.’ There is evidence that the silk used for writing during the early part of the Han dynasty consisted of actual silk fabric. Letters on silk, dating possibly from Han times, have been found together with paper in a watchtower of a spur of the Great Wall.

“But as the dynastic records of the time state, ’silk was too expensive and bamboo too heavy.’. . .The emperor Chin’in Shih Huang [Qui Shi Huang]  set himself the task of going over daily a hundred and twenty pounds of state documents. Clearly a new writing material was needed.

“The first step was probably a sort of paper or near-paper made of raw silk. This is indicated by the character for paper, which has the silk radical showing material, and by the defintion of that character in the Shuo wen, [Shuowen Jiezi] a dictionary that was finished about the year A.D. 100” (Carter, The Invention of Printing in China and its Spread Westward, 2nd ed.  [1955] 3-4).