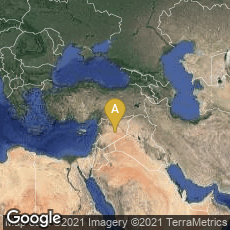 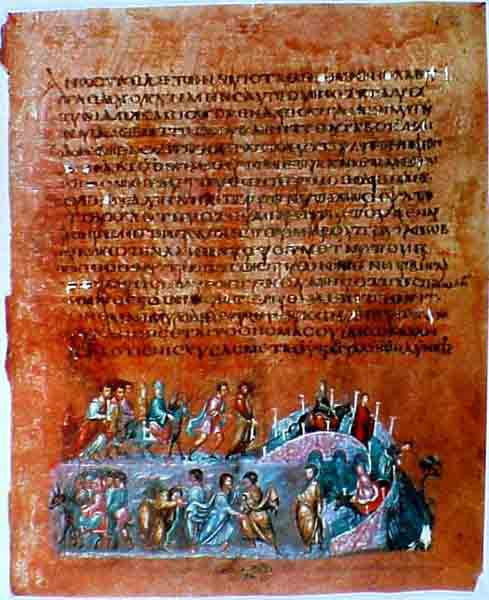 Considered the oldest, well-preserved, illustrated biblical codex, the Vienna Genesis  is an illuminated manuscript, probably produced in Syria.  It is preserved in Vienna at the Österreichische Nationalbibliothek (cod. theol. gr. 31).

"The text is a fragment of the Book of Genesis in the Greek Septuagint translation. The text is frequently abbreviated. There are twenty-four surviving folios each with a miniatures at the bottom of both sides. It is thought that there were originally about ninety-six folios and 192 illustrations. It is written in uncials with silver ink on calfskin parchment dyed a rich purple. This shade of purple dye was also used to dye imperial cloth.