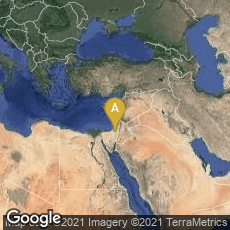 The Very Long Process of Canonization of the Hebrew Bible Evidence suggests that the process of canonization of the Tanakh or Hebrew Bible (Old Testament) occurred over several centuries, probably between 200 BCE and 200 CE.

"Rabbinic Judaism recognizes the twenty-four books of the Masoretic Text, commonly called the Tanakh or Hebrew Bible. Evidence suggests that the process of canonization occurred between 200 BC and AD 200. A popular position is that the Torah was canonized circa 400 BC, the Prophets circa 200 BC, and the Writings circa AD 100  perhaps at a hypothetical Council of Jamnia—this position, however, is increasingly criticised by modern scholars. The book of Deuteronomy includes a prohibition against adding or subtracting (4:2, 12:32) which might apply to the book itself (i.e. a "closed book," a prohibition against future scribal editing) or to the instruction received by Moses on Mt. Sinai. The book of 2 Maccabees, itself not a part of the Jewish canon, describes Nehemiah (around 400 BC) as having "founded a library and collected books about the kings and prophets, and the writings of David, and letters of kings about votive offerings" (2:13-15). The Book of Nehemiah suggests that the priest-scribe Ezra brought the Torah back from Babylon to Jerusalem and the Second Temple (8-9) around the same time period. Both I and II Maccabees suggest that Judas Maccabeus (around 167 BC) likewise collected sacred books (3:42-50, 2:13-15, 15:6-9), indeed some scholars argue that the Jewish canon was fixed by the Hasmonean dynasty. However, these primary sources do not suggest that the canon was at that time closed; moreover, it is not clear that these particular books were identical in content to those that later became part of the Masoretic text. Today, there is no scholarly consensus as to when the Jewish canon was set" (Wikipedia article on Development of the Jewish Bible Canon, accessed 12-24-2009).