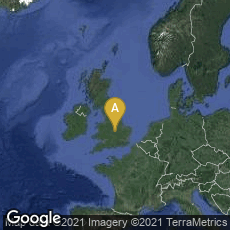 "Holography is a technique that allows the light scattered from an object to be recorded and later reconstructed so that it appears as if the object is in the same position relative to the recording medium as it was when recorded. The image changes as the position and orientation of the viewing system changes in exactly the same way as if the object was still present, thus making the recorded image (hologram) appear three dimensional. Holograms can also be made using other types of waves. The technique of holography can also be used to optically store, retrieve, and process information. While holography is commonly used to display static 3-D pictures, it is not yet possible to generate arbitrary scenes by a holographic volumetric display" (Wikipedia article on holography, accessed 04-26-2009).