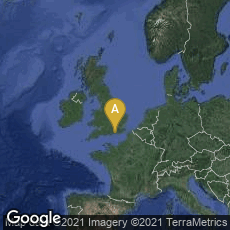 The Roxburghe Club, the Oldest Society of Bibliophiles is Founded

The Roxburghe Club, the oldest society of bibliophiles in the world, was founded on June 16, 1812. Membership was limited to 40.

"The Club came into existence on 16 June 1812 when a group of book-collectors and bibliophiles, inspired by the Revd Thomas Dibdin, panegyrist of Lord Spencer, the greatest collector of the age, dined together on the eve of the sale of John, Duke of Roxburghe’s library, which took place on the following day. This was the greatest private library of the previous age, and the sale was confidently expected to break all records, and it did. The first edition of Boccaccio (then believed to be unique) printed in 1471 made £2,260, a record that stood for more than sixty years, and the Duke’s Caxtons made equally high prices. The diners decided that this occasion should not be forgotten and so they dined again together the next year on June 17, the anniversary of the sale, and again the year after. So the Roxburghe Club was born and its members still dine together each year on, or about, that memorable day" (The Roxburghe Club website).

The archives of The Roxburghe Club are maintained at Arundel Castle, West Sussex.