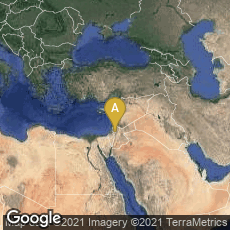 The Great Isaiah Scroll, the Only Nearly Complete Biblical Book Surviving Among the Dead Sea Scrolls The Great Isaiah Scroll is the best-preserved and the only nearly complete biblical book in the cache of 220 biblical scrolls discovered in Qumran on the northwestern coast of the Dead Sea. It is one of the original seven scrolls discovered in Cave One at Qumran in 1947. Isaiah, who lived during the period of the First Temple (Solomon's Temple), was the most popular prophet of the Second Temple period; 21 copies of the scroll were found in Qumran. The text includes the familiar unfulfilled prophecy:

“and they shall beat their swords into plowshares, and their spears into pruning hooks: nation shall not lift up sword against nation, neither shall they learn war any more.”

In September 2011 the entire Great Isaiah Scroll was published online as part of the The Digital Dead Sea Scrolls project sponsored by the Israel Museum's Shrine of the Book and Google.