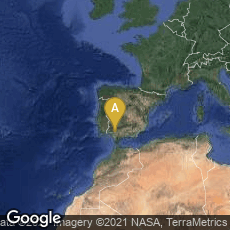 Ferninand Columbus Collects One of the Largest Private Libraries of Books, Manuscripts and Prints of the 16th Century

Ferdinand Columbus (Fernando Colombo, Fernando Colón, Hernando Colon), the second son of Christopher Columbus, returned from the New World in 1510, and proceeded to collect one of the largest private libraries of the sixteenth century. This library, La Bibliotheca Colombina, included about 15,000 volumes, of which about 7000 survive today, including 1194 books printed before 1501.