Image Source: en.wikipedia.org
Inscription of the First Amendment (December 15, 1791) in front of Independence Hall in Philadelphia 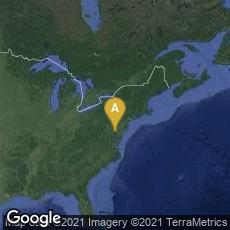 Image Source: en.wikipedia.org
Inscription of the First Amendment (December 15, 1791) on stone in front of Independence Hall in Philadelphia

In Reno v. American Civil Liberties Union decided on June 26, 1997, all 9 Justices of the United States Supreme Court voted to strike down anti-obscenity provisions of the Communications Decency Act (the "CDA"), finding they violated the freedom of speech provisions of the First Amendment. Two Justices concurred in part and dissented in part to the decision. This was the first major Supreme Court ruling regarding the regulation of materials distributed via the Internet.

The Court rules that "223(a)(1)(B), §223(a)(2), §223(d) of the CDA are unconstitutional and unenforceable, except for cases of obscenity or child pornography, because they abridge the freedom of speech protected by the First Amendment and are substantially overbroad. The Internet is entitled to the full protection given to media like the print press; the special factors justifying government regulation of broadcast media do not apply.

"The CDA was an attempt to protect minors from explicit material on the Internet by criminalizing the 'knowing' transmission of "obscene or indecent" messages to any recipient under 18; and also the knowing sending to a person under 18 of anything 'that, in context, depicts or describes, in terms patently offensive as measured by contemporary community standards, sexual or excretory activities or organs' " (Wikipedia article on Reno v. American Civil Liberties Union).