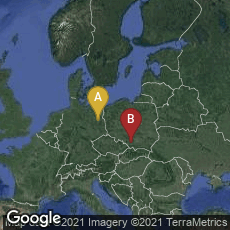 The ultra-nationalism and antisemitism of German middle-class, secular student organizations had been intense and vocal for decades prior to the rise of Nazism. After World War I, most students opposed the Weimar Republic (1919–1933) and found in National Socialism a suitable vehicle for their political discontent and hostility. After Adolf Hitler seized power on January 30, 1933 German university students became the vanguard of the Nazi movement, and many filled the ranks of various Nazi formations.

Following Hitler's plans, in 1933 Nazi Minister for Popular Enlightenment and Propaganda Joseph Goebbels began the synchronization of culture, to bring the arts in Germany in line with Nazi goals. The German government purged cultural organizations of Jews and others alleged to be politically or artistically suspect. On April 6, 1933, the German Student Association's Main Office for Press and Propaganda proclaimed a nationwide “Action against the Un-German Spirit,” to climax in a literary purge or “cleansing” (Säuberung) by fire. Local chapters were to supply the press with releases and commission articles, sponsor well-known Nazi figures to speak at public gatherings, and negotiate for radio broadcast time. On April 8 the students association drafted its twelve "theses"—deliberately evocative of Martin Luther—declarations and requisites of a "pure" national language and culture. Placards publicized the theses, which attacked “Jewish intellectualism,” asserted the need to “purify” the German language and literature, and demanded that universities be centers of German nationalism. The students described the “action” as a response to a worldwide Jewish “smear campaign” against Germany and an affirmation of traditional German values.

On the night of May 10, 1933, in most university towns in Germany, nationalist students marched in torchlight parades "against the un-German spirit." The scripted rituals called for high Nazi officials, professors, rectors, and student leaders to address the participants and spectators. At the meeting places, students threw "un-German" books into the bonfires with great joyous ceremony, band-playing, songs, "fire oaths", and incantations. The students burned upwards of 25,000 volumes of "un-German" books, "presaging an era of state censorship and control of culture." The book burning of May 10 was based on meticulously compiled "black lists" were collected in the spring of 1933 by the Berlin librarian Dr. Wolfgang Herrmann.

The formation of the Reichsschrifttumskammer on November 1, 1933 began not only targeted management and monitoring of authors, publishers and booksellers, but expansion of the Herrmann list. By decree of April 25, 1935, the  Reichsschrifttumskammer received the order, "[to compile] a list of such books and records that jeopardize Nazi culture. A first, undisclosed draft was prepared before the end of 1935. Ultimately, the "list of harmful and undesirable writings" consisted of more than 4500 entries, often the entire work of an author or the entire back list of a publisher.

"Not all book burnings took place on May 10, as the German Student Association had planned. Some were postponed a few days because of rain. Others, based on local chapter preference, took place on June 21, the summer solstice, a traditional date of celebration. Nonetheless, in 34 university towns across Germany the "Action against the Un-German Spirit" was a success, enlisting widespread newspaper coverage. And in some places, notably Berlin, radio broadcasts brought the speeches, songs, and ceremonial incantations "live" to countless German listeners" (United States Holocaust Museum website).

On the night of November 9, 1938—called Kristallnacht, or the Night of Broken Glass—92 Jews were murdered, and 25,000–30,000 were arrested and deported to concentration camps. More than 200 Synagogues were destroyed along with tens of thousands of Jewish businesses and homes. This marked the beginning of the Holocaust.

On December 31, 1938 the Reichsministerium fur Volksaufklaerung und Progaganda published the Liste des schädlichen und unerwünschten Schrifttums. This list of "damaging and undesirable writing" included authors, living and dead, whose works were banned from the Reich because of their Jewish descent, pacifist or communist views, or suspicion thereof.

Between 1933 and 1945, Nazi Germany systematically destroyed an estimated 100 million books throughout occupied Europe, an act inextricably bound up with the murder of 6 million Jews, and millions of other people they considered undesirable. By burning and looting libraries and censoring "un-German" publications, the Nazis aimed to eradicate all traces of Jewish culture along with the Jewish people themselves.

In March 2011 I visited Auschwitz-Birkenau. You cannot grasp the scale of the Holocaust until you visit Birkenau, especially— a giant factory of death capable of processing 20,000 people per day. The impact of the Holocaust was still reverberating in my head in April 2011 when I wrote this database entry. Needing to understand more, I read Richard Rhodes' book, Masters of Death, from which the horrifying wider scope of the Holocaust, unfolded in my consciousness, and from which I quote:

“The notorious gas chambers and crematoria of the death camps have come to typify the Holocaust, but in fact they were exceptional. The primary means of mass murder the Nazis deployed during the Second World War was firearms and lethal privation. Shooting was not less efficient than gassing, as many historians have assumed. It was hard on the shooters’ nerves, and the gas vans and chambers alleviated the burden. But shooting began earlier, continued throughout the war and produced far more victims if Slavs are counted, as they must be, as well as Jews. ‘The Nazi regime was the most genocidal the world has ever seen,’ writes sociologist Michael Mann. ’During its short twelve years (overwhelmingly its last four) it killed approximately twenty million unarmed persons. . . . Jews comprised only a third of the victims and their mass murder occurred well into the sequence. . . . Slavs, defined as Untermenschenwere the most numerous victims—3 million Poles, 7 million Soviet citizens and 3.3 million Soviet POWs.’ Even among Jewish victims, Daniel Goldhagen estimates, ‘somewhere between 40 and 50 percent’ were killed ‘by means other than gassing, and more Germans were involved in these killings in a greater variety of contexts than in those carried out in the gas chambers’ ” (Richard Rhodes, Masters of Death. The SS-Einsatzgruppen and the Invention of the Holocaust [2002] 156-157).

In tracing and documenting the crimes committed by the SS summarized in these statistics Rhodes did not intend in any way to diminish the incredible losses suffered by the Jews, nor to blur the particular focus of the Nazis' Final Solution on the Jews. His exploration of SS crimes exposed a scope of criminality that was wider, almost beyond comprehension.

Rose (ed.), The Holocaust and the Book: Destruction and Preservation (2000).