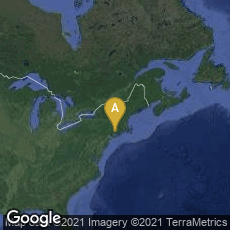 The Voynich Manuscript: Uncrackable Code or Great Written Hoax, Or .... The Voynich manuscript, a mysterious illustrated manuscript book written in what long appeared to be an indecipherable text, has been the subject of much research and speculation for centuries. However, its author, script and language remain unknown, and for centuries it was believed that the manuscript might have been intentionally meaningless.

"Over its recorded existence, the Voynich manuscript has been the object of intense study by many professional and amateur cryptographers, including some top American and British codebreakers of World War II fame (all of whom failed to decrypt a single word). This string of failures has turned the Voynich manuscript into a famous subject of historical cryptology, but it has also given weight to the theory that the book is simply an elaborate hoax — a meaningless sequence of arbitrary symbols" (Wikipedia article on the Voynich Manuscript).

The book is named after the Polish-American book-dealer Wilfrid M. Voynich, who acquired it in 1912. Since 1969 it has been preserved in the Beinecke Rare Book and Manuscript Library of Yale University, having been donated by the American rare book and manuscript dealer, H.P. Kraus.

Progress on the deciphering the manuscript was made in the 21st century, and remains ongoing and often contradictory. Following are mentions of some of the research approaches:

♦ In 2011 scientists, using carbon-14 dating, were able to date the vellum on which the manuscript was written to between 1404 and 1438. This pushed its origin back perhaps 50 years.  However, the meaning, if any, of the circa 250,000 characters and the many diagrams in the manuscript, remained unknown.

In June 2013, Marcelo Montemurro, a theoretical physicist from the University of Manchester, UK, published a study which he believes shows that the manuscript was unlikely to be a hoax. Using a computerised statistical method to analyse the text, Montemurro and Zanette found that it followed the structure of "real languages":

In issue no. 100 of the American Botanical Council's HerbalGram, published in 2013, Arthur O. Tucker, and Rexford H. Talbert identified some of the plants illustrated in the manuscript and suggested that manuscript possibly originated in Mexico:

Tucker & Talbot, "A Preliminary Analysis of the Botany, Zoology, and Mineralogy of the Voynich Manuscript," herbalgram.org, Issue 100, 70-84 (reprodcuing numerous color illustrations, and with a bibliography of 74 citations.

In January 2014 Stephen Bax, an expert in applied linguistics from Bedfordshire University, reported that he had deciphered 10 words in the Voynich manuscript and was optimistic that using his methods more words would be deciphered:

In January 2014 Bax also produced a video on the issued involved:

In January 2015 palaeographer Judith Fagin Davis posted an exceptionally interesting and well-illustrated account of the Voynich Manuscript in her blog, Manuscript Road Trip: The World's Most Mysterious Manuscript. Highly recommended! In addition to all her references to the scholarly research on the manuscipt Davis summarizes the appearances of the manuscript in popular culture:

"The manuscript continues to capture the public imagination in various formats and media, including comic books and video games. Try #Voynich on Twitter, or “Voynich Manuscript” on YouTube, just for starters. William Shatner devoted an episode of his “Weird or What?” TV series to the Voynich (yes, you can watch it online and thank me later). In one of Noah Wyle’s Librarian films, the Voynich makes a brief throw-away appearance when the title character is told, “Yale wants it decoded by Monday.” Search “Voynich Manuscript” on Amazon.com and you will discover an entire Voynich-fiction sub-genre. And now that you’re familiar with the manuscript, you can join the club of humans who understand these Voynich-inspired comics."