A Steppe Mammoth skull in Sibera.

A male Asian Elephant in India.

A chart from the Mammoth Genome Project depicting gene-encoding bases on chromosomes of both a human and a mammoth. 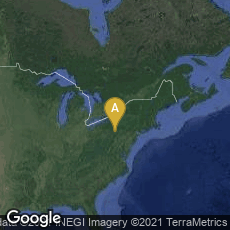 The largest European specimen of a Wooly Mammoth.

On November 19, 2008 scientists from the Mammoth Genome Project at Pennsylvania State University, University Park, reported the genome-wide sequence of the woolly mammoth, an extinct species of elephant that was adapted to living in the cold environment of the northern hemisphere.  The woolly mammoth, Mammuthus primigenius, was a species of mammoth, the common name for the extinct elephant genus Mammuthus. One of the last in a line of mammoth species, it diverged from the steppe mammoth, M. trogontherii, about 200,000 years ago in eastern Asia. Its closest extant relative is the Asian elephant.

'Previous studies on extinct organisms have generated only small amounts of data," said Stephan C. Schuster, Penn State professor of biochemistry and molecular biology and the project's other leader. "Our dataset is 100 times more extensive than any other published dataset for an extinct species, demonstrating that ancient DNA studies can be brought up to the same level as modern genome projects' (quoted from Genetic Engineering and Biotechnology News accessed 11-21-2008).

" 'By deciphering this genome we could, in theory, generate data that one day may help other researchers to bring the woolly mammoth back to life by inserting the uniquely mammoth DNA sequences into the genome of the modern-day elephant,' Stephan Schuster of Pennsylvania State University, who helped lead the research, said in a statement." (quoted from Reuters 11-19-2008, accessed 11-21-2008).

"The appearance and behaviour of this species are among the best studied of any prehistoric animal due to the discovery of frozen carcasses in Siberia and Alaska, as well as skeletons, teeth, stomach contents, dung, and depiction from life in prehistoric cave paintings. Mammoth remains had long been known in Asia before they became known to Europeans in the 17th century. The origin of these remains was long a matter of debate, and often explained as being remains oflegendary creatures. The animal was only identified as an extinct species of elephant by Georges Cuvier in 1796." (Wikipedia article on Woolly Mammoth, accessed 10-31-2013).