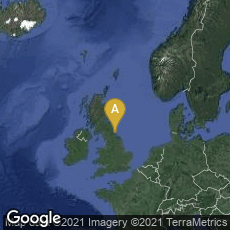 Finger Reckoning and Computus in the Eighth Century

Tacuino published Bede's text after the text of the Roman grammarian Marcus Valerius Probus's De notis, a list of legal and administrative abbreviations and formulae used in stone inscriptions that had been discovered in 1417 by humanist Poggio Bracciolini. This was an essential guide to understanding ancient Latin epigraphy. In keeping with that theme the title page of Tacuino's volume was designed to resemble a stone inscription. This copy was sold at Sotheby's London in September 2018 for 2250 GBP

In De temporum ratione liber (On the Reckoning of Time), written in 725, the Venerable Bede, a monk at the Northumbrian monastery of Saint Peter at Monkwearmouth, England, explained the method of finger reckoning which had evolved since the ancient world. It was, he wrote, a reliable method, especially when a writing surface or writing implements were not available. Bede's discussion of finger reckoning appeared in the first chapter of De temporum ratione entitled "De computo et loquela digitorum" (On Computing and Speaking with the Fingers).

Though finger reckoning was mentioned by classical authors such as Herodotus, no ancient treatises on the subject survived, and it is thought that the technique was passed down mainly through oral tradition. Bede described "upwards of fifty finger symbols, the numbers extending through one million" (Smith, History of Mathematics [1925] II, 200).  Undoubtedly Bede's text, of which numerous medieval manuscripts survived, was influential on conveying the method during the Middle Ages.

Bede's De computo, vel loquela per gestum digitorum appears to have made its first appearance in print in In Hoc in volumine haec continentur M. Val. Probus de notis Roma. ex codice manuscript castigatior . . . , ed. Giovanni Tacuino published in Venice by the editor, Tacuino, who was also a printer, in 1525. Tacuino published Bede's text after the text of the Roman grammarian Marcus Valerius Probus's De notis, a list of legal and administrative abbreviations and formulae used in stone inscriptions that had been discovered in 1417 by humanist Poggio Bracciolini. This was an essential guide to understanding ancient Latin epigraphy. In keeping with that theme the title page of Tacuino's volume was designed to resemble a stone inscription.

The editio princeps of De temporum ratione was published by Sichardus in 1529, four years after Tacuino issued his edition. Portions of De temporum ratione appeared in print as early as 1505, but these do not appear to have included the section on finger-reckoning. Smith, in his Rara arithmetica, stated that the 1522 edition of Johannes Aventinus’s Abacus atque vetustissima, veterum latinorum per digitos manusque numerandi contains a description of Bede’s finger-reckoning; however, this may be an error, since there was no record of this edition in OCLC or the Karlsruhe Virtual Catalogue when we searched the database in March 2013. Smith himself described only the 1532 edition of Aventinus’s work (see Rara arithmetica, pp. 136-138).

In De computo . . . Bede listed finger and hand symbols for the  numerals 1 through 9999; these roughly work like a placement system. The middle, ring, and little fingers of the left hand denote the  digits; the thumb and index fingers on the left hand express the tens; the thumb and index finger on the right hand the hundreds; and the  middle, ring and little fingers the thousands . . . The informal manner in which Bede explained how to flex the fingers and form gestures seems to retain traces of oral instruction.

Prior to Europe’s adoption of Arabic numerals, finger-reckoning provided a rudimentary method of place-value calculation. “Neither Bede nor any of his contemporaries in Western Europe knew about place value or zero, but finger reckoning enabled them to proceed as if they did. Finger joints supplied place value—one joint 10s, another 100s and so on—and zero was indicated by the normal relaxed position of the fingers—by nothing, so to speak. ” (Crosby, The Measure of Reality: Quantification in Western Europe, 1250-1600, p. 4.)

"The noted historian of science, George Sarton, called the eighth century 'The Age of Bede'. Bede wrote several major scientific works: a treatise On the Nature of Things, modeled in part after the work of the same title by Isidore of Seville; a work On Time, providing an introduction to the principles of Easter computus; and a longer work on the same subject; On the Reckoning of Time, which became the cornerstone of clerical scientific education during the so-called Carolingian renaissance of the ninth century. He also wrote several shorter letters and essays discussing specific aspects of computus and a treatise on grammar and on figures of speech for his pupils.

"On the Reckoning of Time (De temporum ratione) included an introduction to the traditional ancient and medieval view of the cosmos, including an explanation of how the spherical earth influenced the changing length of daylight, of how the seasonal motion of the Sun and Moon influenced the changing appearance of the New Moon at evening twilight, and a quantitative relation between the changes of the Tides at a given place and the daily motion of the moon. Since the focus of his book was calculation, Bede gave instructions for computing the date of Easter and the related time of the Easter Full Moon, for calculating the motion of the Sun and Moon through the zodiac, and for many other calculations related to the calendar. He gives some information about the months of the Anglo-Saxon calendar in chapter XV. Any codex of Bede's Easter cycle is normally found together with a codex of his 'De Temporum Ratione' " (Wikipedia article on Bede, accessed on 11-22-2008).

For a discussion of the manual calculating methods described by Bede see Sherman, Writing on Hands. Memory and Knowledge in Early Modern Europe (2000) 28-30.

Darius The Great Builds The Royal Road
The "Fatal Letter" in the Iliad: Introduction of Written Language to the Greeks
The Egyptians Reckon with Pebbles and Probably Use the Sandboard Abacus
How Greek Texts Moved from Constantinople to Italy: The Largest and Finest Collection of Greek Texts before Bessarion's
How Herodotus Used Writing and Messages in his Histories
The First Printed Editions of Herodotus
The Library of Lactantius, an Early Christian Author
Vespasiano da Bisticci, Leading Bookseller of Florence, Retires Rather than Face the New Technology
Aldus Manutius Publishes the Editiones Principes of Thucydides, Sophocles, and Herodotus