The "Chronography of 354", the Earliest Dated Codex with Full-Page Illustrations 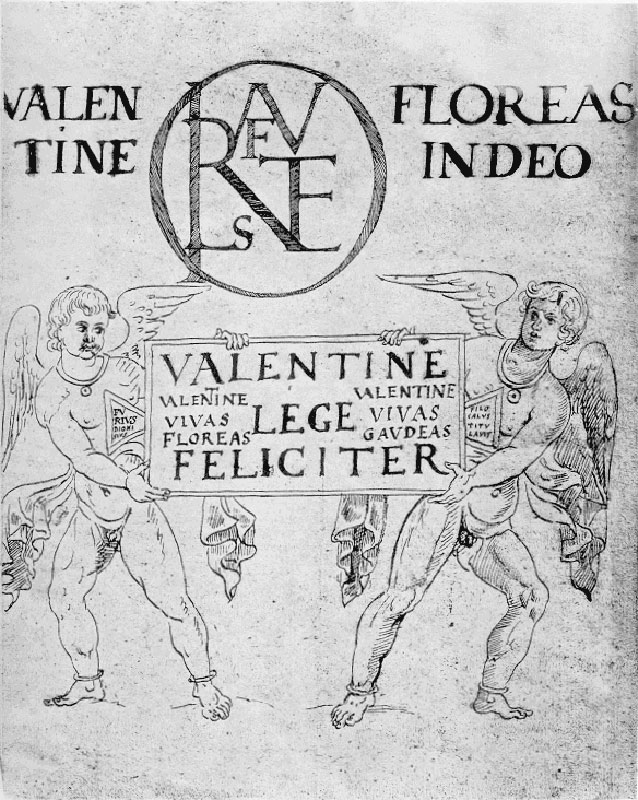 The Chronography of 354, also known as the Calendar of 354, is an illuminated manuscript produced for a wealthy Roman Christian named Valentius for the year 354. It is the earliest dated codex with full page illustrations; however none of the original survived. It is thought that the original may have existed in the Carolingian period, when a number of copies were made, with or without illustrations. These were copied during the Renaissance.

♦ The Calender of 354 is signed by Furius Dionysius Filocalus, with the word "titulavit," as creator of the titles which "display great calligraphic mastery. Whether or not he also executed the drawings is unknown" (Alexander, Medieval Illuminators and their Methods of Work [1992] 4), but Furius Dionysius Filocalus is the first known name associated with the production of a specific book.

"The most complete and faithful copies of the illustrations are the pen drawings in a 17th century manuscript from the Barberini collection (Vatican Library, cod. Barberini lat. 2154.) This was carefully copied, under the supervision of the great antiquary Nicholas-Claude Fabri de Peiresc, from a Carolingian copy, a Codex Luxemburgensis, which was itself lost in the 17th century. These drawings, although they are twice removed from the originals, show the variety of sources that the earliest illuminators used as models for manuscript illustration, including metalwork, frescoes, and floor mosaics. The Roman originals were probably fully painted miniatures.

"Various partial copies or adaptations survive from the Carolingian renaissance and Renaissance periods. Botticelli adapted a figure of the city of Treberis (Trier) who grasps a bound barbarian by the hair for his small panel, traditionally called Pallas and the Centaur.

"The Vatican Barberini manuscript, made in 1620 for Peiresc, who had the Carolingian Codex Luxemburgensis on long-term loan, is clearly the most faithful. After Peiresc's death in 1637 the manuscript disappeared. However some folios had already been lost from the Codex Luxemburgensis before Peiresc received it, and other copies have some of these. The suggestion of Carl Nordenfalk that the Codex Luxemburgensis copied by Peiresc was actually the Roman original has not been accepted. Peiresc himself thought the manuscript was seven or eight hundred years old when he had it, and, though Mabillon had not yet published his De re diplomatica (1681), the first systematic work of paleography, most scholars, following Schapiro, believe Peiresc would have been able to make a correct judgment on its age" (Wikipedia article on the Chronography of 354, accessed 11-25-2008).

The standard printed edition is Salzman, On Roman Time: The Codex-Calendar of 354 and the Rhythms of Urban Life in Late Antiquity (1990).