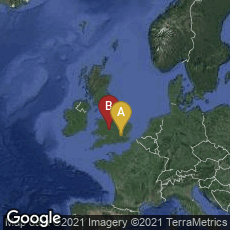 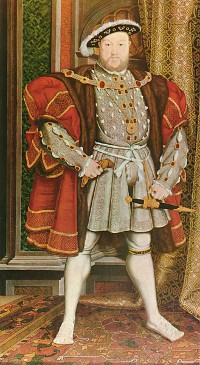 In a formal process called Dissolution of the Monasteries, Henry VIII disbanded monastic communities in England, Wales and Ireland and confiscated their property. Henry was given the authority to do this by the Act of Supremacy, passed by Parliament in 1534, which made him Supreme Head of the Church in England, and by the First Suppression Act (1536) and the Second Suppression Act (1539).

"Along with the destruction of the monasteries, some of them many hundreds of years old, the related destruction of the monastic libraries was perhaps the greatest cultural loss caused by the English Reformation. Worcester Priory (now Worcester Cathedral) had 600 books at the time of the dissolution. Only six of them are known to have survived intact to the present day. At the abbey of the Augustinian Friars at York, a library of 646 volumes was destroyed, leaving only three known survivors. Some books were destroyed for their precious bindings, others were sold off by the cartload. The antiquarian John Leland was commissioned by the King to rescue items of particular interest (especially manuscript sources of Old English history), and other collections were made by private individuals; notably Matthew Parker. Nevertheless much was lost, especially manuscript books of English church music, none of which had then been printed.

A great nombre of them whych purchased those supertycyous mansyons, resrved of those lybrarye bokes, some to serve theyr jakes, some to scoure candelstyckes, and some to rubbe their bootes. Some they solde to the grossers and soapsellers.                   — John Bale, 1549"

(Wikipedia article on Dissolution of the Monasteries, accessed 11-25-2008)