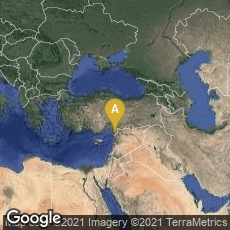 The Rabbula Gospels, Signed by the Scribe Rabbula in 586 The earliest image of the crucifixion in an illuminated manuscript, from the Rabbula Gospels, completed in 586 CE. 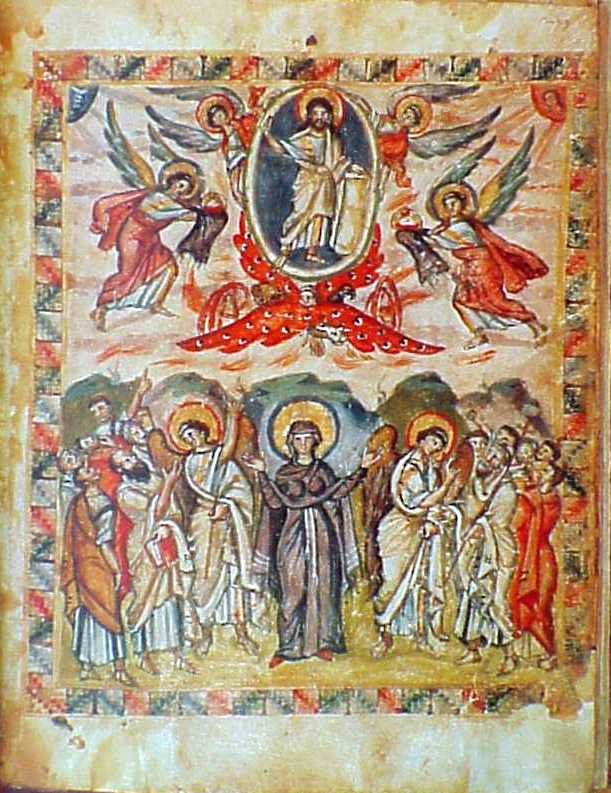 The Rabbula Gospels, or Rabula Gospels, an illuminated Syriac Gospel Book, was completed in 586 at Monastery of St. John of Zagba, which, although traditionally thought to have been in Northern Mesopotamia, is now thought to have been in the hinterland between Antioch and Apamea. It was signed by its scribe, Rabbula, about whom nothing else is known. The text is the Peshitta version of the Syriac translation of the Gospels.

"The manuscript is illuminated, with the text framed in elaborate floral and architectural motifs. The Gospel canons are set in arcades ornamented with flowers and birds. The miniaturist obviously drew some of his inspiration from Hellenistic art (draped figures), but relied mainly on the ornamental traditions of Persia. The miniatures of the Rabbula Gospels, notably those representing the Crucifixion, the Ascension and Pentecost, are real pictures with a decorative frame formed of zigzags, curves, rainbows and so forth. The scene of the Crucifixion is treated with an abundance of detail which is very rare at this period."