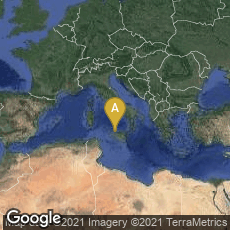 The Madrid Skylitzes: the Only Surviving Illustrated Manuscript of a Greek Chronicle The body of Leo V is dragged to the Hippodrome through the Skyla Gate. This image from the Madrid Skylitzis manuscript (12th Century) has axe-bearing Varangian guards along the top (no fewer than 17 viking axes may be counted); these Rus warriors were not present in Constantinople ('Miklagard' in Norse) until 860 CE.

A heavily illustrated illuminated manuscript of the Synopsis of Histories (Σύνοψις Ἱστοριῶν), by John Skylitzes, covering the reigns of the Byzantine emperors from the death of Nicephorus I in 811 to the deposition of Michael IV in 1057, the Madrid Skylitzes is the only surviving illustrated manuscript of a Greek chronicle. The manuscript was produced in Sicily in the 12th century, and is now at the Biblioteca Nacional de España in Madrid, where it is known as the Madrid Skylitzes, Codex Græcus Matritensis Ioannis Skyllitzes, or Skyllitzes Matritensis. It includes 574 miniature paintings. Vasiliki Tsamakda attributed the paintings to 7 artists: 4 Italians, an Englishman or Frenchman and two Byzantines. If those attributions are correct, the manuscript represents a very unusual collaboration of artists from different nations. It is unclear whether the miniatures are copies of Byzantine images or original to the manuscript.

Vasiliki Tsamakda, The Illustrated Chronicles of Ioannes Skylitzes in Madrid (2002).