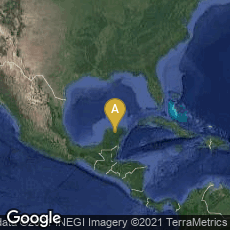 The "Dresden Codex," the Earliest Surviving Book Written in the Americas

The codex was made from Amatl paper ("kopó", fig-bark that has been flattened and covered with a lime paste), doubled in folds in an accordion-like form of folding-screen texts. The bark paper was coated with fine stucco or gesso and is eight inches high by eleven feet long.

The Dresden Codex was written by eight different scribes. Each had a particular writing style, glyphs and subject matter. On its 74 pages it incorporates  "images painted with extraordinary clarity using very fine brushes. The basic colors used from vegetable dyes for the codex were red, black and the so-called Mayan blue."

"The Dresden Codex contains astronomical tables of outstanding accuracy. Contained in the codex are almanacs, astronomical and astrological tables, and religious references.The specific god references have to do with a 260 day ritual count divided up in several ways.The Dresden Codex contains predictions for agriculture favorable timing. It has information on rainy seasons, floods, illness and medicine. It also seems to show conjunctions of constellations, planets and the Moon. It is most famous for its Venus table." (quotations from the Wikipedia article Dresden Codex, accessed 11-30-2008).

The history of the survival of the manuscript is only partly known. It is believed that in 1519 it was sent by the conquistador Hernán Cortés as a tribute to Holy Roman Emperor Charles V, who was also King Charles I of Spain. Charles had appointed Cortés governor and captain general of the newly conquered Mexican territory. In 1739 Johann Christian Götze, Director of the Royal Library at Dresden, purchased the codex from a private owner in Vienna. Götze gave it to the Royal Library in Dresden in 1744.

During the bombing of Dresden in World War II, and the resulting fire storms, the Dresden Codex was heavily water damaged. Twelve pages of the codex were harmed and other parts of the codex were destroyed. However, the codex was meticulously restored after this damage. It is preserved in the Buchmuseum of the Sächsische Landesbibliothek, Dresden. In February 2014 a high-resolution digital facsimile of the codex was available from that library at this link.