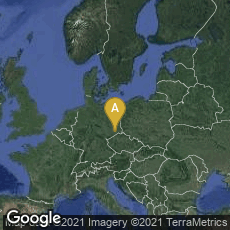 With the onset of World War II, the most precious holdings of the Sächsische Landesbibliothek at Dresden were dispersed to eighteen castles and offices. As a result they largely survived the bombing raids of February and March 1945 on this major industrial center by the British and American Air Forces.

However, the raids destroyed the former library buildings and virtually the whole historic center of Dresden— with losses of about 200,000 volumes of twentieth-century manuscript and printed holdings. The losses included  irreplaceable musical manuscripts, including the major corpus of Tomasso Albinoni's unpublished music, though Georg Philipp Telemann's manuscripts were preserved. After the war, some 250,000 books from the library were taken to Russia.