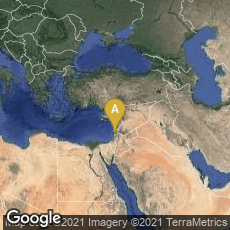 The Mishnah, the First Important Work of Rabbinic Judaism, is Set Down in Written Form

The Mishnah or Mishna (משנה, "repetition", from the verb shanah שנה, or "to study and review"), was put into its final form about 220 CE. This was the first major redaction into written form of Jewish oral traditions, called the Oral Torah. It was

"debated between 70-200 CE by the group of rabbinic sages known as the Tannaim and redacted about 200 CE by Judah haNasi when, according to the Talmud, the persecution of the Jews and the passage of time raised the possibility that the details of the oral traditions would be forgotten. The oral traditions that are the subject of the Mishnah go back to earlier, Pharisaic times. The Mishnah does not claim to be the development of new laws, but merely the collection of existing traditions.

"The Mishnah is considered to be the first important work of Rabbinic Judaism and is a major source of later rabbinic religious thought. Rabbinic commentaries on the Mishnah over the next three centuries were redacted as the Gemara" (Wikipedia article Mishnah, accessed 12-05-2008).