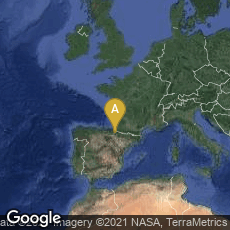 BnF MS Arsenal 1162, a collection of various treatises relating to Muslims, including perhaps the earliest text of Robert of Ketton's translation of the Qu'ran into Latin. 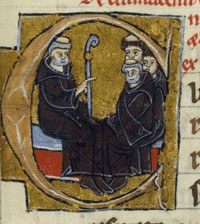 Probably at the request of French Abbot Peter the Venerable, English theologian, astronomer, Archdeacon of Pamplona, Spain, and translator from the Arabic, Robert of Ketton (Robertus Ketenensis), prepared the first translation of the Qur'an (Koran) from Arabic into Latin in 1143. This was intended as a tool for aiding the conversion of Muslims to Christianity.

Entitled Lex Mahumet pseudoprophete, Ketton's work was the first translation of the Qur'an into a Western language. The translation was popular and "over 25" medieval manuscript copies remain extant. Probably the oldest surviving manuscript in which Robert of Ketton’s Latin Quг͗ān and the rest of Peter the Venerable’s anthology of Islamic works is preserved is a codex in the Bibliothèque nationale de France (MS Arsenal 1162), entitled Collectio apologetica sive documenta ad legem et historiam Sarracenorum spectantia, Petre venerabilis jussu collecta. This codex has been dated as early as the mid-12th century; however the BnF catalogues it as 1201-1300. A digital facsimile of the codex is available from BnF Gallica at this link.