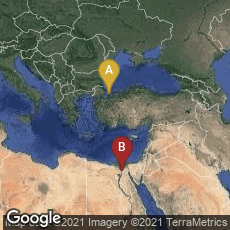 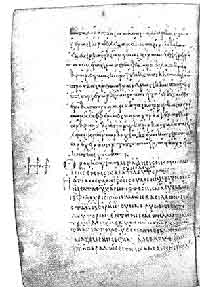 Having conquered Egypt the previous year, in 641 General 'Amr ibn al-'As founded the city of Fustat, later named Cairo. This was the first city on the continent of Africa founded by Muslims.

Since the only supply of papyrus came from Egypt, it is thought that the conquest of Egypt by the Arabs may have coincided with a reduced supply of papyrus in Constantinople. The reduction might have been caused either by the exhaustion of the papyrus plantations or because the Arabs retained the available supply for their own use. As a result of the lack of papyrus Byzantine writers were dependent on the more expensive medium of parchment, and this may have contributed to the eventual adoption in Byzantine book production of the more economical Greek minuscule, which had previously mainly been employed for letters, documents, accounts, etc. "It occupied far less space on the page and could be written at high speed by a practised scribe" (Reynolds & Wilson, Scribes and Scholars, 3rd ed [1991] 59).