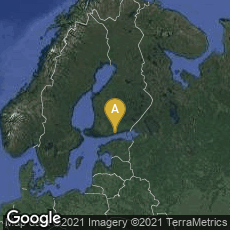 The Beginning of the Linux Open-Source Operating System From April through August, 1991 Linus Torvalds, a 21-year-old student at the University of Helsinki in Finland, wrote the Linux kernel.  This was the origin of a software development project that brought the open-source movement into the mainstream. Torvalds started with a task switcher in Intel 80386 assembly language and a terminal driver. Then, on August 26, 1991, he posted the following to comp.os.minix, a newsgroup on Usenet:

"Hello everybody out there using minix-

"I'm doing a (free) operating system (just a hobby, won't be big and professional like gnu) for 386(486) AT clones. This has been brewing since April, and is starting to get ready. I'd like any feedback on things people like/dislike in minix, as my OS resembles it somewhat (same physical layout of the file-system (due to practical reasons) among other things).

"I've currently ported bash(1.08) and gcc(1.40), and things seem to work. This implies that I'll get something practical within a few months, and I'd like to know what features most people would want. Any suggestions are welcome, but I won't promise I'll implement them :-)

"PS. Yes - it's free of any minix code, and it has a multi-threaded fs. It is NOT protable (uses 386 task switching etc), and it probably never will support anything other than AT-harddisks, as that's all I have :-(."

After that, many people contributed code to the project. By September 1991, Linux version 0.01 was released. It had 10,239 lines of code.