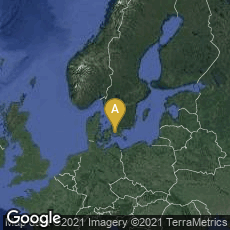 The short range wireless networking standard, Bluetooth, was announced in 1999.

"The development of the "short-link" radio technology, later named Bluetooth, was initiated in 1989 by Nils Rydbeck, CTO at Ericsson Mobile in Lund, Sweden and by Johan Ullman. The purpose was to develop wireless headsets, according to two inventions by Johan Ullman, SE 8902098-6, issued 1989-06-12 and SE 9202239, issued 1992-07-24. Nils Rydbeck tasked Tord Wingren with specifying and Jaap Haartsen and Sven Mattisson with developing. Both were working for Ericsson in Lund.[5] Invented by Dutch electrical engineer Jaap Haartsen, working for telecommunications company Ericsson in 1994.[6] The first consumer Bluetooth device launched in 1999. It was a hand free mobile headset which earned the "Best of show Technology Award" at COMDEX. The first Bluetooth mobile phone was the Ericsson T36 but it was the revised T39 model which actually made it to store shelves in 2001" (Wikipedia article on Bluetooth, accessed 6-2019).