Image Source: www.christies.com
An engraved illustration related to Jone's "Third Anniversary Discourse" in Asiatick Researches ....(1788). This copy sold for $2375 at the Richard Green Library sale in June 2008. As I recall, I purchased the copy at that sale and resold it at a profit shortly thereafter. 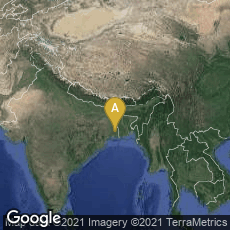 Engraved portrait of Sir William Jones after a painting by Sir Joshua Reynolds.

Philologist William Jones delivered The third anniversary discourse . . . [On the Hindus] on February 2, 1786. This was first published in 1788 in Volume One of Asiatick Researches: Or, Transactions of the Society Instituted in Bengal, for Inquiring into the History and Antiquities, the Arts, Sciences and Literature, of Asia. In his paper, printed in Calcutta (Kolkata), India in the English language, Jones announced his discovery of the relationship between the Sanskrit, Greek, Latin, Gothic and Celtic languages, marking the foundation of comparative philology and historical linguistics. Jones’s “clear understanding of the basic principles of scientific linguistics provided the foundations on which Rask, Bopp and Grimm built the imposing structure of comparative Indo-European studies” (Carter & Muir, Printing and the Mind of Man [1967]) no. 235).