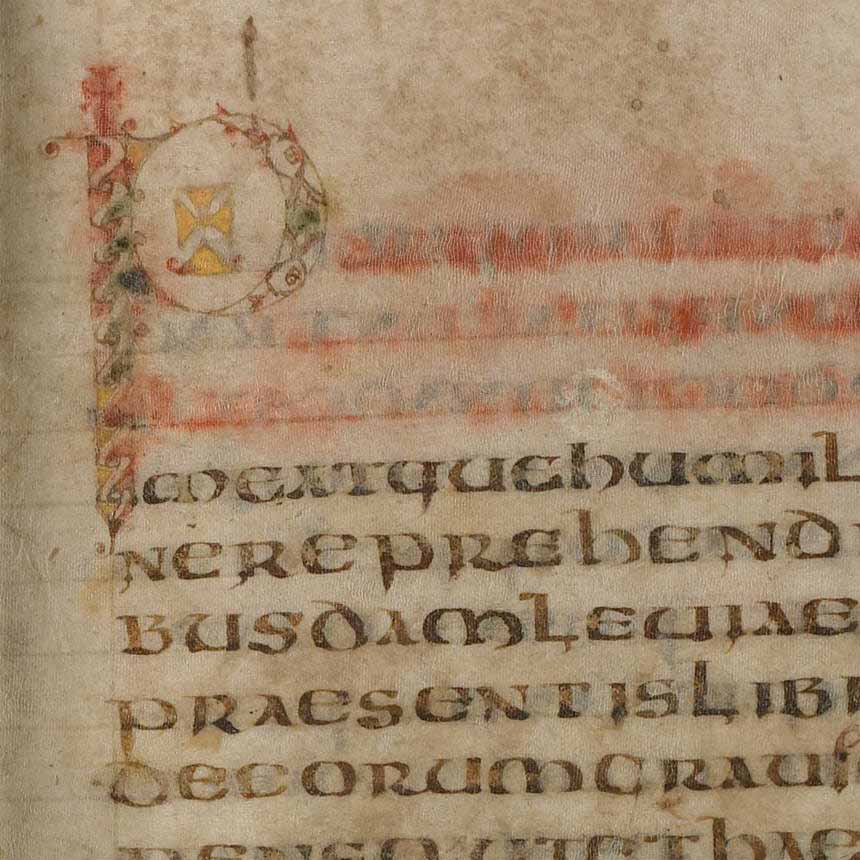 A late 6th century or very early 7th century illuminated manuscript of the Regula pastoralis or  Pastoral Care by Pope Gregory I, was probably written in Rome in Gregory's scriptorium, and contains his final revised text.

Bernhard Bischoff noted that two of the corrections in the manuscript are thought to be in Gregory's own hand. The manuscript also contains very early decorated initials in red, green, and yellow penwork.

The manuscript is preserved in the  Bibliothèque Municipale, Troyes, (MS 504). Bischoff, Latin Palaeography: Antiquity and Middle Ages (1990) 190 and note 2.