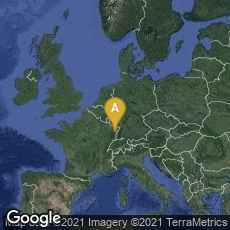 Hortus Deliciarum, Written and Illuminated by the Nun Herrad of Landsberg Hell, as illustrated by Nun Herrad of Landsberg in Hortus deliciarum. 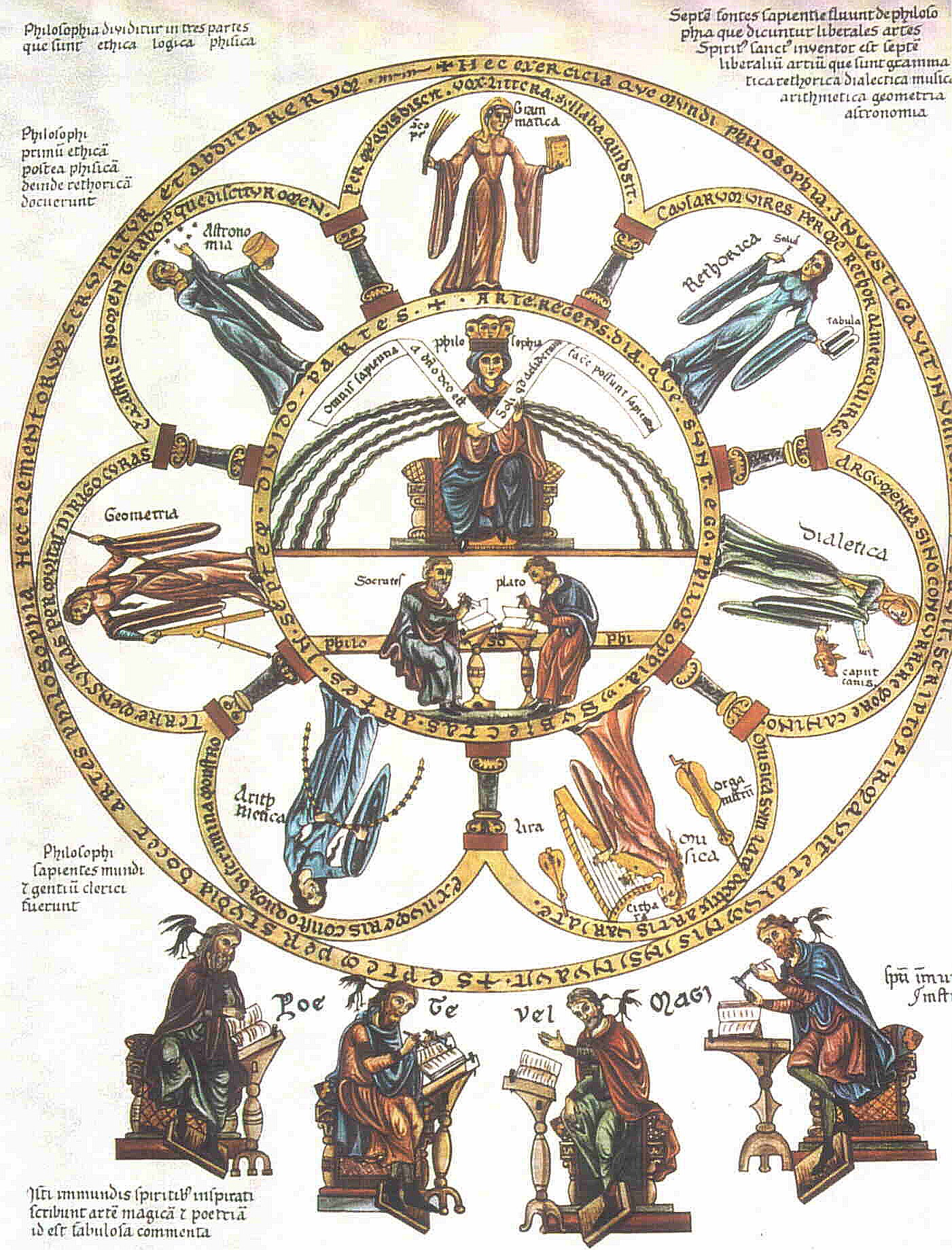 The Hortus deliciarum (Garden of Delights), a medieval manuscript compiled by and illuminated by the nun, Herrad of Landsberg, at the Hohenburg Abbey in Alsace from 1167 to 1185, was an illuminated encyclopedia, written as a pedagogical tool for young novices at the convent.

"Most of the manuscript was not original, but was a compendium of 12th century knowledge. The manuscript contained poems, illustrations, and music, and drew from texts by classical and Arab writers. Interspersed with writings from other sources were poems by Herrad, addressed to the nuns, almost all of which were set to music. The most famous portion of the manuscript is the illustrations, of which there were 336, which symbolised various themes, including theosophical, philosophical, and literary themes."

Having been preserved for centuries at the Hohenburg Abbey, the Hortus Deliciarum passed into the municipal Library of Strasbourg about the time of the French Revolution. There the minatures were copied in 1818 by Christian Moritz (or Maurice) Engelhardt; the text was copied and published by Straub and Keller, 1879-1899. Thus, although the original perished in the burning of the Library of Strasbourg during the Siege of Strasbourg in the Franco-Prussian War, we can still appreciate the artistic and literary value of Herrad's work.

"Hortus deliciarum is one of the first sources of polyphony originating from a nunnery. The manuscript contained at least 20 song texts, all of which were originally notated with music. Those which can be recognized now are from the conductus repertory, and are mainly note against note in texture. The notation was in semi-quadratic neumes with pairs of four-line staves.Two songs survive with music intact: Primus parens hominum, a monophonic song, and a two part work, Sol oritur occasus" (Wikipedia article on Hortus deliciarum, accessed 12-25-2008).