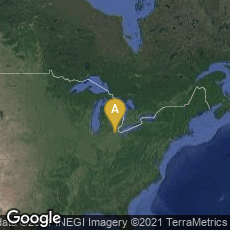 The First Reported Case of ZZZ-Mailing, Emailing While Asleep "A WOMAN in a deep sleep sent emails to friends asking them over for wine and caviar in what doctors believe is the first reported case of 'zzz-mailing' - using the internet while asleep.

"The case of the 44-year-old woman is reported by researchers from the University of Toledo in the latest edition of the medical journal Sleep Medicine.

"They said the woman went to bed about 10pm but got up two hours later and walked to her computer in the next room, Britain's Daily Mail newspaper reports.

"She turned it on, connected to the internet, and logged on before composing and sending three emails.

"Each was in a random mix of upper and lower cases, not well formatted and written in strange language, the researchers said.

"One read: "Come tomorrow and sort this hell hole out. Dinner and drinks, 4pm,. Bring wine and caviar only."

"Another said simply, "What the…".

"The new variation of sleepwalking has been described as "zzz-mailing".

"We believe writing an email after turning the computer on, connecting to the internet and remembering the password displayed by our patient is novel," the researchers said.