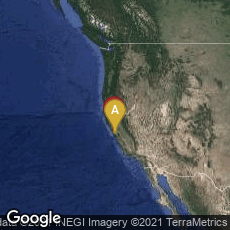 On May 28, 1892 John Muir and a group of professors from the University of California at Berkeley and Stanford University founded the Sierra Club in San Francisco. It is the oldest and largest grassroots environmental organization in the United States.

"The Club's first goals included establishing Glacier and Mount Rainier national parks, convincing the California legislature to give Yosemite Valley to the US Federal government, and saving California's coastal redwoods. Muir escorted President Theodore Roosevelt through Yosemite in 1903, and two years later the California legislature ceded Yosemite Valley and Mariposa Grove to the Federal government. The Sierra Club won its first lobbying victory with the creation of the country's second national park, after Yellowstone in 1872. In the first decade of the 1900s, the Sierra Club became embroiled in the famous Hetch Hetchy controversy that divided preservationists from "resource management" conservationists. For years the city of San Francisco had been having problems with a privately-owned water company that provided poor service at high prices. Mayor James D. Phelan’s reform administration wanted to set up a municipally-owned water utility and revived an earlier proposal to dam the Hetch Hetchy valley. The final straw was the water company's failure to provide adequate water to fight the fires that destroyed much of the city following the 1906 San Francisco earthquake. Gifford Pinchot, a progressive supporter of public utilities and head of the US Forest Service, which then had jurisdiction over the national parks, supported the creation Hetch Hetchy dam. Muir appealed to his friend US President Roosevelt, who would not commit himself against the dam, given its popularity with the people of San Francisco (a referendum in 1908 confirmed a seven-to-one majority in favor of the dam and municipal water). Muir and attorney William Colby began a national campaign against the dam, attracting the support of many eastern conservationists. With the 1912 election of US President Woodrow Wilson, who carried San Francisco, supporters of the dam had a friend in the White House. The bill to dam Hetch Hetchy passed Congress in 1913, and so the Sierra Club lost its first major battle. In retaliation, the Club supported creation of the National Park Service in 1916, to remove the parks from Forest Service oversight. Stephen Mather, a Club member from Chicago and an opponent of Hetch Hetchy dam, became the first National Park Service director" (Wikipedia article on Sierra Club)