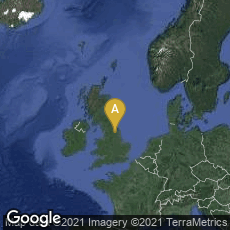 "The Books of the Unlearned": The Illuminated Gospel Book as a Tool for Evangelization "Icon of Saint Wilfrid, who is also venerated in the Orthodox Church." 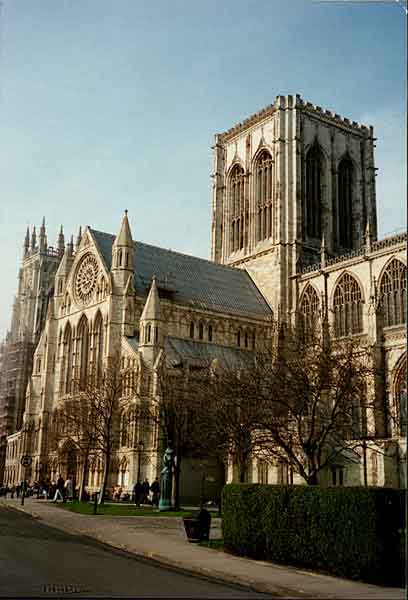 The cathedral at York, York Minster, was constructed first of wood in 627, and then in 637 in stone .

"A period of instability followed with York vulnerable to attack from Penda of Mercia and the Britons of North Wales. We know that the city was overrun at least twice and probably three times between the death of Oswald in 641/2 and the Battle of the Winwaed in 654/5. In about 670 St. Wilfred took over the see of York and found the structure of Edwin's church fairly lamentable 'The ridge of the roof owing to its age let the water through, the windows were unglazed and the birds flew in and out, building their nests, while the neglected walls were disgusting to behold, owing to all the filth caused by the rain and the birds.'

"Saint Wilfred set to work renewing the roof and covering it with lead, whitewashing the interior walls and installing glass windows. Based on descriptions given of other churches built at a similar time it is possible to understand something of how Wilfred's restored church at York would have looked to the 7th century worshippers who entered it. The altar, within which relics were deposited, would have been decorated with purple silk hangings of intricate woven design. Upon the altar, raised by a book rest and in a jewelled binding, would stand the illuminated gospel book. The walls and probably also the testudo (a wooden partition screening the altar) would be adorned with icons painted on wooden panels depicting the types and anti-types of the Old and New Testaments. These church paintings were essential to the evangelization of England, being the only effective way of explaining the 'the new worship' to an illiterate population. Gregory the Great called them 'the books of the unlearned'."